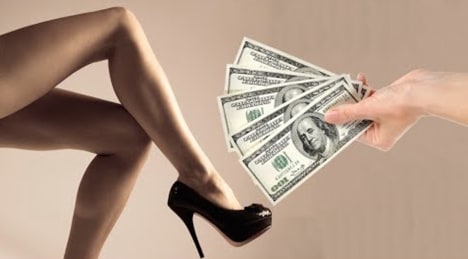 Her Visa was her Mistress. She kept it close but not too close, at arms length where she could sneak away and ignite the magic of their relationship. Any time she and her husband had a disagreement about how to spend or what they would spend on because these conversations always left he feeling less than, undervalued and unworthy.

She wanted to be a team & for decisions to be made together but she also felt like she needed to defer her wishes to his because he was better with money and business.

His money mindset was a scarcity mindset of work hard for what you have, save your money and live frugally. He had been raised to believe that money was hard to come by and only those who were willing to work extremely hard would make it.

Thus he worked long hours, missed a lot of time with the kids but did well for himself in business and finances. They also had real estate investments but they also took work, time and energy from both of them.

She had been raised differently where money was enjoyed. Yes people worked for their money but it was used to enjoy life. Saving was not a priority but looking good was.

When she felt too restricted in her spending or they were not agreeing or more the case they were not communicating clearly her self worth took a hit, she would turn to her Mistress to make her feel better.

She would grab her Visa and head out. Spending made her feel more powerful UNTIL the bill arrived. Then she would have to hide it because her husband would not understand the unbudgeted spending.

She used to earn her own money but now she is home raising 3 kids and caring for their home. She still wanted to have her own money so started selling for an MLM. She admitted though that most months she spent what she earned or more. She rarely made any actual profit yet this false sense of having her own business allowed her to overspend and feel as though she was contributing to their family.

Their marriage was suffering and she knew things had to change drastically. She came clean to her husband…she told him about her Mistress. She confessed why she felt she needed a Mistress. They finally had a discussion where each one spoke and each listened. She felt heard and understood.

She was ready to give up her Mistress once and for all. He told her she should pay it off and they would just start fresh.

Since then she has taken in a new MLM, one that she really believes in. She is more aware of her own feelings and how they affect her, their marriage and ultimately their children.

In less than 12 weeks their life changed in ways she couldn’t imagine✨. No more secrets, better communication, a new spiritual practice and is happier than she’d been in her marriage in quite some time.

Are you ready to face the moneyskeletons in your closet? Is their a Mistress in your relationship that you’re ready to deal with? Creating space physically, mentally, emotionally & energetically is mandatory to uplevelibg your money mindset

Sign up using the link below for your money energy reading (15minutebizenergyreading) to find out how your skeleton is sabotaging your money mindset. 💰🔮💫. Let’s get you living a life of 💰 Magic 🔮and Miracles💫.

View all posts by Helen Murray → 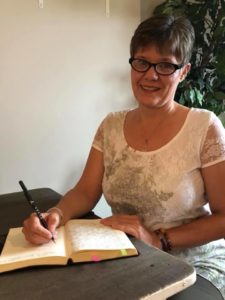 Hi, I’m Helen Murray and I help women clear their energy so they can create a life and business filled with Money, Magic and Miracles